Need assistance?
Call us on: 020 8341 4182 Request call back
Search
Menu
You are here: HomeOur HospitalLatest newsWhat you need to know if you are thinking of having a vasectomy 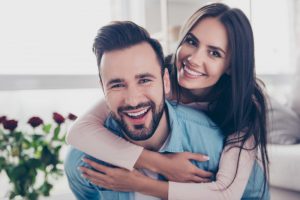 What is a vasectomy?

A vasectomy is a procedure that cuts or blocks the tubes connecting the testes to the penis (called the vas deferens). Sperm are produced in the testes, and blocking these tubes prevents the sperm from being ejaculated during sex. Vasectomy is often known as male sterilisation and it is an effective method of preventing pregnancy.

How is a vasectomy performed?

There are two types of vasectomy, and your doctor will be able to discuss which is the best option for you:

Having a vasectomy is a big decision, as it will affect your fertility for the rest of your life. It is important that you think it over carefully. Listed below are the essential things you need to know if you are thinking about having a vasectomy:

Who can have a vasectomy?

A vasectomy is considered a permanent form of contraception. A successful operation will make you infertile, so you should only have a vasectomy if you are certain that you will not want to have children in the future.

Vasectomies are safe and quick to perform, with minimal effects on long term health. They are also easier and more effective than female sterilisation.

A vasectomy doesn’t protect against sexually transmitted illnesses, so you will need to use condoms as well. You will also need to continue using contraception until tests after the operation show that there are no sperm in your semen. A vasectomy is difficult to reverse, and it may not be possible to have children after reversal, so you should be certain about your decision to have one.

Problems with a vasectomy are uncommon, but as with any surgical procedure, it does carry some risks:

A vasectomy is very reliable – it is more than 99% effective. However, in less than 1% of cases, tests will show that sperm are still present in the semen after the operation. Even after a successful vasectomy, roughly 1 in 2000 men will regain their fertility in the future due to the tubes reattaching by themselves.

A small amount of discomfort, swelling or bruising around the scrotum is normal for a few days after the procedure. Painkillers can help to ease your symptoms, but you should see your doctor if the pain does not settle. You can have sex again once it is comfortable to do so. It is common to see some blood in your semen for the first few ejaculations after a vasectomy

Does it work immediately?

A vasectomy is not effective immediately. Sperm can remain in the tubes even after they have been closed, so you will need to use extra contraception for the first 8-12 weeks. Your semen will need to be tested for sperm to confirm that the vasectomy has been a success, and this can be done around 12 weeks after the procedure. Until it has been confirmed that your semen is free of sperm, you should continue using another form of contraception.

Can I have children after a vasectomy?

Reversal of a vasectomy is a difficult procedure and isn’t always successful. A reversal done within 10 years of a vasectomy has around a 55% success rate, and this drops to 25% if it is done after 10 years4.

Will it affect my sex drive?

No. Your sex drive is controlled through testosterone released by the testicles. The release of this testosterone is unaffected by a vasectomy and as such your sex drive, sensation and ability to have an erection will be unaffected.

What happens to the sperm?

Sperm continues to be made as before in the testicles, but they cannot get through the blocked tubes and so they are broken down and absorbed by the body.

Will it increase my risk of cancer?

No. A recent study of over 1 million men who had vasectomies has shown that there is no evidence that a vasectomy causes prostate cancer. This is supported by the Faculty of Sexual and Reproductive Healthcare in the UK.

There are a number of things you need to consider if you are thinking of having a vasectomy. If you think that a vasectomy is right for you then speak to your doctor. Your doctor will be able to answer any further questions you might have about vasectomy or other forms of contraception and they can discuss the best available options with you.