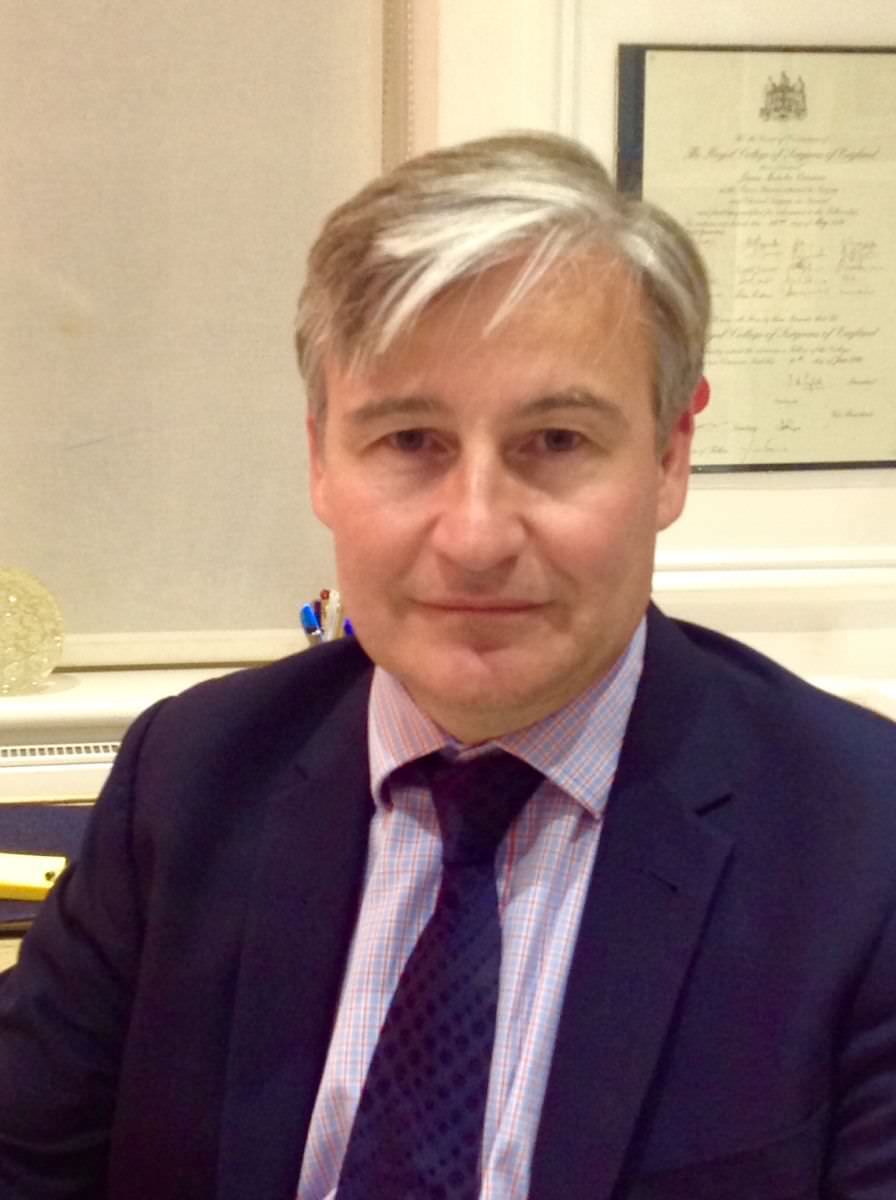 VASCULAR SURGERY
My interest in vascular surgery developed during my two years as a Research Fellow at Leeds General Infirmary, and following my year as Registrar at Ealing Hospital, London. I subsequently spent three further years of vascular surgical training at Northwick Park Hospital, St Mary’s Regional Vascular Unit and Chelsea and Westminster.

Since 1999 I have been a Consultant Vascular & General Surgeon at Whipps Cross University Hospital. I have established an endovascular aneurysm repair (EVAR) service with the interventional radiologists, a one-stop venous clinic and a local anaesthetic endovenous laser clinic. I have developed a special interest in the management and prevention of the foot complications associated with diabetes in which I liase closely with the Endocrinologists and Specialist Podiatrist.  I have been trained in vascular ultrasound and I now run a Consultant led “one stop vascular clinic” which has significantly streamlined the service

ENDOCRINE SURGERY
For the last eight years I have provided an endocrine surgical service for our department. I perform between 50-70 thyroid/parathyroid procedures annually. I now perform almost all of the parathyroid procedures via a targeted approach using preoperative radionuclear and ultrasound imaging.

Clinic Times: By appointment only